Gray Stone will have ‘Night of Knights’ auction 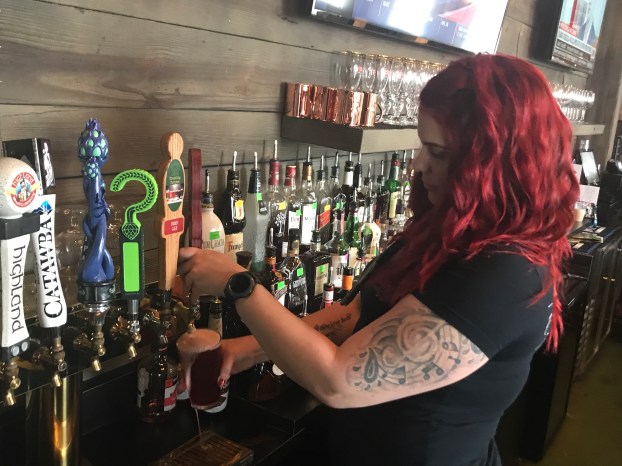 For many cities, the downtown area is its lifeblood and heartbeat; it’s often where the best restaurants, coolest sports arenas and venerable concert halls are located as well as important government centers. There’s usually a dynamic and exciting energy that’s unmatched anywhere else in the city.

It’s no wonder then that when people go downtown, as the British Invasion singer Petula Clark proclaimed in her 1965 No. 1-hit song, “The lights are much brighter there, you can forget all your troubles, forget all your cares.”
But that’s not the case for many people when it comes to downtown Albemarle.

There is a perception by some in Albemarle that the sidewalks in downtown roll up at 5 p.m. every day and it be comes a ghost town, said Joy Almond, Main Street Manager and director of the Albemarle Downtown Development Corporation (ADDC).

But the city’s downtown scene is far from dead. It’s growing and with the new Pfeiffer University health campus on the way, the downtown will only continue to grow and expand.

“With the Pfeiffer campus being built, downtown Albemarle is becoming of increasing interest to many types of businesses, some of which would cater to night life,” Almond said.

Currently, the downtown nightlife features 5 Points Public House, Off the Square and Tiffany’s at the Boardroom, as well as a burgeoning arts community, with the Talent Company performing at the Central Apartments Auditorium, the Stanly Arts Guild at its new location at 330 N. Second St. and the Uwharrie Players, which sometimes performs downtown as well.

The Talent Company’s production of “Little Women” concludes this weekend, and Kiser is excited to fill the 247-seat auditorium.

With several of the show times at night, Kiser hopes people will go to dinner downtown before coming to the show.

The auditorium is also looking into having live music performances at night, Kiser said.

“I definitely think getting more events in the auditorium will definitely add to nightlife in downtown,” she said.

Chad Shumate, one of the owners of 5 Points, said while it is more of a restaurant than a late night venue, 5 Points does have drink specials, occasional live music and people come at night for craft beer and to watch sports.

The restaurant typically has a steady stream of people until around 10 p.m. during the week and often around midnight on the weekend, Shumate said.

But the downtown didn’t always have a diverse array of nighttime options.

In fact, only a few decades ago, the downtown (and the city) didn’t allow alcohol.

Until the late-1990s, Albemarle was a dry city, so not much happened with the night life, Almond said.

“The times were very conservative,” she said.

People had to travel to Norwood if they wanted any alcohol, she said.
Once the city voted in alcohol, new restaurants that served alcohol, including The Board Room Bar and Grill, JD Shuckers and Pontiac Point (which is now 5 Points Public House) popped up downtown.

“When all three of those bars were open (in the early 2000s) it was pretty happening,” Almond said. 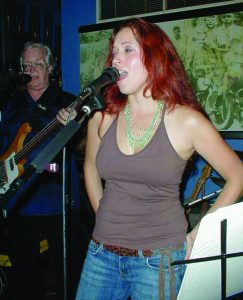 Almond performed in many of the venues, singing and playing the rhythm guitar for the band Fat Cabbage.

But those three restaurants eventually went out of business and the downtown has struggled to regain its footing.

Many people believe there is simply not much to do at night in downtown.

“Albemarle has a night life?” commented Adrienne Clark, regarding a SNAP Facebook message that asked what people do downtown for fun.

“What night life??? This is Albemarle not Atlanta,” commented Believe Tyson.

“There is NO nightlife in Albemarle…,” commented Lynn Carden.

“Night life and Albemarle are not two subjects I ever would put together in the same conversation,” commented Stephanie Smith.

“The current landscape is very flat,” Lorrie Hatley, president of the Stanly Arts Guild, said in an interview with the SNAP. “But it’s always been a problem and people have always had trouble keeping shops going.”

But she is confident the Pfeiffer campus will offer a great chance to “resurrect a good nightlife that people will enjoy being a part of.”

She also hopes in the future to partner with local vineyards to have monthly wine tastings at night at the art guild.

Other people offered suggestions on the SNAP’s Facebook page about what they want to see in downtown.

Amanda Howard wants to see more family-oriented places, such as a place to play laser tag, a trampoline park and a bowling alley, while Scott Scarbrough wants to see concerts in a historic venue such as the old Alameda Theater.

William Shotta Chambers wants a Fuel Pizza (a popular pizza chain in Charlotte), a cigar lounge and a park in downtown for live music, while Summer Drye Newton wants a skate park.

And as a musician, Almond wants to see more live music in downtown at night.

“Off the Square is such a small space,” Almond said, adding that it’s more of an intimate dinner spot than a place to come for live music. And though 5 Points has drink specials, it only occasionally has live music.
Many people concurred though that Tiffany’s at The Boardroom, an upscale casual event and dining hall, is one of the premier downtown attractions.

Tiffany’s offers many nighttime events, including dinner and a comedy show, featuring national touring comedians (they have a contract with the Comedy Zone), every other Friday night and one Saturday each month, said owner Tiffany Dahle.

Tiffany’s has two bars downstairs and four semi-private rooms upstairs, including the retro Jeff’s Lounge, equipped with several antique end tables and Victorian sofas, for people to enjoy the comedy shows, and a smaller room with a giant octagonal skylight, aptly named the Moonlight Room.

People will often double dip downtown — eating at 5 Points or Off the Square before coming to Tiffany’s for a show.

“I get people who call me all the time and they’re like ‘we’re finishing up at 5 Points right now, we just paid our bill, will you make sure our seats are saved?’ ” Dahle said.

Shumate also enjoys that people eat at 5 Points before going to a play or a comedy show at Tiffany’s. He also hopes more restaurants will open in downtown in the future.

“More business is not a bad thing at all,” Shumate said. “We would welcome more restaurants, bars and nightclubs.”

And because she owns a place in downtown, Dahle enjoys seeing when the area gets busy.

“This past Friday night…you couldn’t find a parking space anywhere,” she said, “because the Uwharrie Players had their show, we were open and we had over 100 guests here, and Off the Square was open.”

“I think we have tons of room for growth, but I think this town’s also in the amazing space to make that growth happen now,” Dahle said.

ADDC also hosts several downtown events throughout the year, including Beach Blast. This year’s event will be 7 p.m. to 10 p.m. May 4 and feature beach music from Gary Lowder & Smokin’ Hot Band.

The ADDC advertises the downtown events every Thursday in the SNAP, with the hashtag #BEDOWNTOWN, Almond said.

She is excited about the future of the downtown area.

With the new Pfeiffer campus being built and new apartments and retail shops being constructed at the Albemarle Hotel, “there’s a renewed interest in all of the downtown businesses and properties,” Almond said.

She expects more businesses to come to the area in the near future.

And evoking an iconic quote from “Field of Dreams,” Almond said once new businesses arrive in downtown, more of the nightlife will come.

With a host of young people set to come to Albemarle with the new Pfeiffer campus, “these folks are going to want something to do after 5,” she said.
The city is already seeking input from Pfeiffer students about what they would like to see in the downtown area.

Pfeiffer University is putting together a focus group of prospective students and groups to identify what services they would like to see in downtown Albemarle, in terms of shopping and eating, said Mark Donham, director of economic development for the city. Albemarle is helping with the focus group.

Once the city finds out the needs of the students, it will try to match those needs with the current services offered by downtown businesses, Donham said. If there are certain student needs the existing businesses can’t provide, the city will target outside companies to move into downtown.

The city is also looking into what students living on the university’s Misenheimer campus might want from the downtown area.

When asked in two years how downtown Albemarle would look, Almond did not hesitate to answer with a single word. 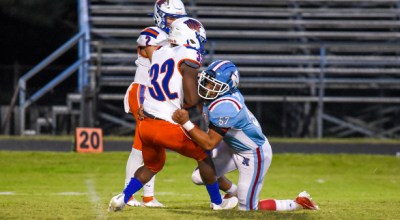