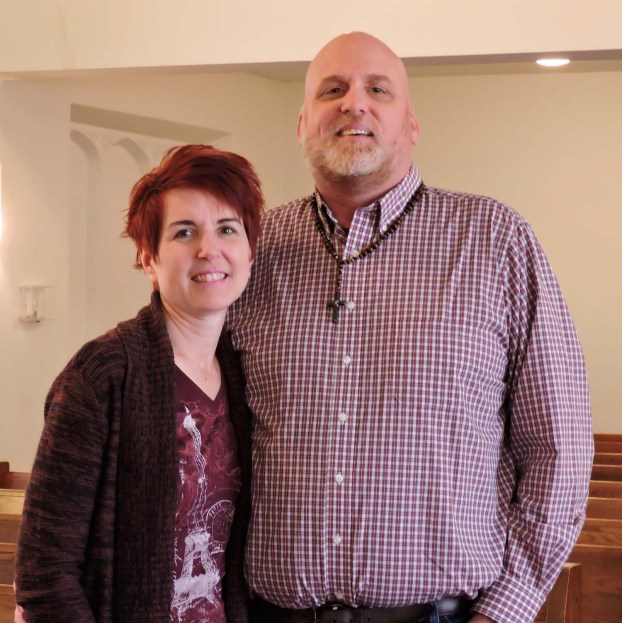 Dan Nicewonger and his wife, Nancy, now live in Pennsylvania, but they spent several years in Stanly County. He is now sharing his battle with cancer in the form of a book. (Contributed)

By Shannon Beamon, for the SNAP

It was the idea of planning the funeral that first got to him.

The doctors, the scans, the chemo, none of it had bothered Daniel Nicewonger as much as he thought it would. Even the doctor’s grim advice to “get his affairs in order” hadn’t completely broken the spell of unreality that surrounded him. It was all too strange.

But funerals were something more familiar. As a pastor, Nicewonger had been involved in planning dozens of them. 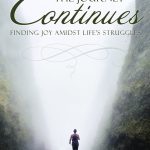 Dan Nicewonger has written a book about his battle with cancer. (Contributed)

“So the thought of my own funeral hit hard … the casket, the suit, the people I wanted to speak,” Nicewonger said. “It made it all real.”

And that specter of mortality wasn’t going anywhere, either.

Diagnosed with stage four colon cancer, his condition wasn’t expected to get better.

It still isn’t, in many ways.

Instead, a long line of treatments loom over his life like a constant shadow.

And that’s a lesson he is hoping he can pass on.

After battling his cancer for nearly three years, he has now published a book recounting that experience titled “The Journey Continues.”

In it, he weaves together stories from his everyday life, reports from doctors and spiritual struggles he’s faced in a literal “valley of the shadow of death.”

“Several of our friends in Stanly have played a big role in that,” Nicewonger said.

While now a pastor at the First Baptist Church of Kennett Square, Pa., he spent six years prior to that living in Locust near his wife’s family, he explained.

During his time in Stanly he built several strong relationships with other Christians and pastors in the area, particularly with his local church and with Ronny Russell of Live Again Ministries in Locust.

“They’ve been a key part of both helping me in my struggles and helping me with this book,” Nicewonger said.

As for how the book came to be, it actually started as a blog, he said — a way for him to process his thoughts and update friends and family on his condition.

But soon he found himself sharing more than just the logistics of his situation. Other aspects of the journey crept into his writing, too. The pains, the joys, the all-too-frequent combinations of both.

“People really took it to heart,” he said. “Eventually friends encouraged me to transform the blog into a book.”

Seeing no reason not to, he and his wife, Nancy, began piecing those thoughts and writings together. Friends back in Stanly, like Russell, helped look it over and find publishers. Almost immediately, the finished manuscript was picked up by WestBow Press.

“My hope is that in some way people will learn from my journey,” Nicewonger said.

The truth is, he has already learned so much from that journey himself.

The haunting thought of that funeral was one of the first lessons.

After fighting off those worries for the first few months of his diagnosis, he couldn’t take it anymore.

“I went into the office one day, sat down and planned the entire funeral — called the people I would want to speak, got all the details lined up,” he said.

While that may have seemed morbid to some, he could feel God using the process to bring him to terms with the possibility of his own end.

“After that, I never thought about the funeral again,” Nicewonger said. “I’m not saying that’s for everybody … This book is not an instruction manual. It is an account of one man’s journey. And I think that’s what I needed.”

Since coming to terms with that, God has been able to open his eyes to new lessons, too, he noted. Usually teaching as much about others as about himself.

For example, after a particularly long round of chemo treatments, he found himself in a Best Buy one day. The store was far busier than normal and as he walked around people were pushing and knocking him around. In his already weakened state, it made him feel sore and sick.

“Part of me just wanted to scream, ‘Can’t you see me, don’t you see that I’m weak from fighting cancer?’ ” he said.

But as he stood there, he realized no one could actually see that.

Even after all those treatments, his 6-foot-5-inch frame didn’t look weak or sick. All anyone could see was a big man getting in their way.

“In that moment, I began to wonder what I didn’t see about their lives,” he said. “I stood there looking at everyone around me, wondering what chaos I couldn’t see … you just can’t know what people are going through. And I couldn’t help but wonder what I was missing.”

The need to know what others were struggling with soon triggered conversations with nurses, a deeper connection with his wife, even heart-to-heart moments with strangers.

“One of the greatest joys I’ve been allowed to experience through this is seeing people differently,” Nicewonger said.

Over the past few years, that’s also helped him see a growing beauty in weakness, too.

“Before all this, I was very much a type-A personality,” he said. “If there’s something that needs to get done, I did it.”

But as the drugs worked their way into his system, he slowed down — a lot. From the neuropathy that made it difficult to button his shirt to the lack of energy that made getting out of bed a chore, he found himself regularly needing help.

“What amazes me is that people are always willing to give it,” Nicewonger said. “There is something about weakness or neediness that brings out generosity in people… It’s a great and beautiful thing.”

His wife has never been as lovely as when she’s been taking care of him, he said. He’s never seen so much goodness in his friends until he needed them so desperately.

“While I would ‘give back’ my diagnosis in a heartbeat, I am thankful for the way it has been used to deepen and grow me,” he said. “I do not want to go back to the person I was before I was diagnosed.”

And he believes there is still more transformation yet to come, he adds.

Since his cancer will never fully go into remission, according to doctors, he will have to go in for scans and treatments indefinitely.

“Every day I’m reminded that I have not arrived,” he said. “I still struggle and God still teaches.”

But at least for now, he’s outlived most of the statistics the doctors originally threw at him. And currently he’s on a rest between treatments.

“Each day the journey continues,” he said. “I’ve learned to take joy in that. And in what lies ahead.”