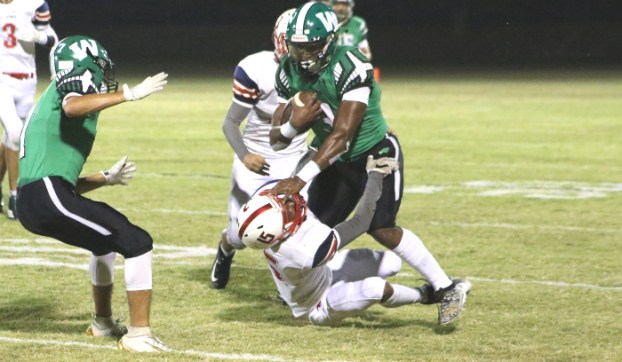 In a college football recruiting profile continuing to grow every day, West Stanly football standout Jordan Poole added another feather to his cap.

On his Twitter account Friday, Poole announced he was committed to playing in the 2021 All-American Bowl in January. The game has been played since 2000 at the Alamodome in San Antonio and is broadcast nationally by the NBC network. Since 2019, the NBC Sports Network has shown the game.

The rising West senior, who has had multiple NCAA Div. I offers for the 2021 season, said he was not completely sure how the offer to play in the game happened. He heard the news from N.C. State head football coach Dave Doeren, one of the D-I programs recruiting Poole.

Poole said he wants to make a decision on where he will be going to college in the fall of 2021 hopefully in the summer before the upcoming season. He added it meant a lot to hear from the Wolfpack’s coach regarding the All-American Bowl.

His recruiting has continued despite the current situation with the stay-at-home order, saying he hopes his ranking on various recruiting websites “continues to skyrocket.”

The West running back and defensive back missed the last three games of the season including the playoff game with a right shoulder injury, but Poole says it is “100 percent” healed.

Poole, like others in the county doing virtual workouts for NFL contracts, said he plans to do the same soon to show college recruiters his skills as well.

“(Being nominated for the game) means more than I can express. It’s an amazing accomplishment for me, my family, West Stanly football and Stanly County,” Poole said.