Murder hornets not a threat in Stanly

There have been many news stories describing an intimidating, foreign wasp that has recently surfaced for the first time in the United States.

The so-called “murder hornets,” which are more commonly known as Asian giant hornets, are more than two inches long, with huge jaws.

They’re the world’s largest hornets with a sting that can kill humans if stung multiple times (thus the nickname).

Though they can be threatening to humans, they are a significant predator of honeybees.

As of now, only a few of the creatures have been spotted in Washington State and Southwestern Canada. No other confirmed sightings have been reported.

Dustin Adcock, agriculture agent for the Stanly County office of North Carolina Cooperative Extension, said that while the hornets are a threat to bee colonies, he still doesn’t know too about them, including their range of habitats. He does believe they have the capacity to eventually travel to the East Coast.

“As far as what damage it can do, I think it’s all kind of speculation right now,” Adcock said. “It could be devastating, but we just don’t know how rapidly it’s going to grow.”

Though they have to be provoked, Adcock said European hornets do sting and he’s heard from multiple people that “it’s one of the worst stings you can get.”

Though there have been reports that Asian giant hornets kill up to 50 people in Japan each year, according to data published by the Centers for Disease Control and Prevention for the years 2000-2017, an average of 62 people died annually from bee/wasp/hornet stings in the U.S.

Adcock estimates there are likely between 100 to 125 beekeepers in the county. There is also a Stanly County Beekeepers Association, in which Adcock is the county liaison.

He said the USDA is keeping track of the hornets and the N.C. Department of Agriculture is aware of them and are making sure its employees are trained to be able to identify them.

“Hopefully we’ll have our eyes open,” he said.

“You just have to treat every bee and hornet with caution,” Adcock said, adding that if people are allergic or think they might be, they should have an EpiPen close by. 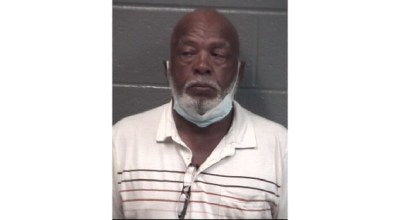 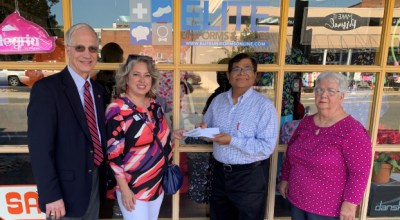 NOT REAL NEWS: A look at what didn’t happen this week

Stanly has ‘significant community spread’ as it passes 2,800 COVID cases