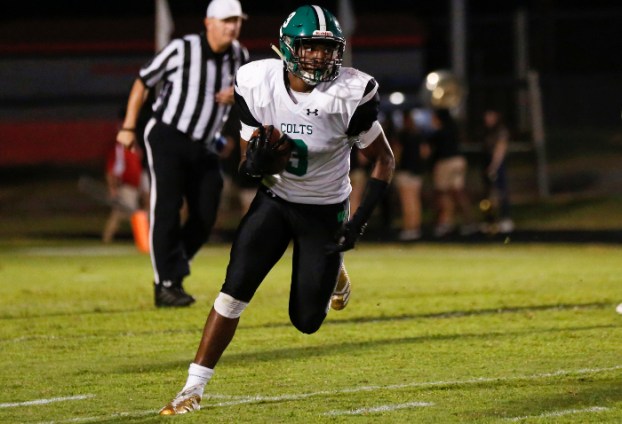 The long process of choosing which Div. I football program to play for next season finally ended this weekend for West Stanly standout Jordan Poole.

Poole will trade the kelly green of the Colts in 2021 for the red and white of N.C. State University.

The rising senior said he liked everything about State and its location in state which was a factor in his decision.

“It was the best choice for me closest to home,” Poole said.

He added the location would be perfect for job networking and other factors outside of school or football.

The loyalty of the fan base, aka Wolfpack Nation, also factored into his decision, Poole said.

Playing running back and safety for the Colts last season, Poole said N.C. State is looking to move him to linebacker in college.

Making his decision before the potential start of the 2020 high school season was “a better option,” he said.

“(Deciding) has lifted a weight off of my shoulders,” Poole said.

Last season, West Stanly was 8-0 to start the year before Poole suffered a dislocated AC joint in his shoulder.

However, he has gone through rehabilitation and said the shoulder “is 100 percent” and ready to go.

His goals for his final high school season are “to eclipse” what the Colts did last season, including “making sure (West) has the best season we have ever had.”