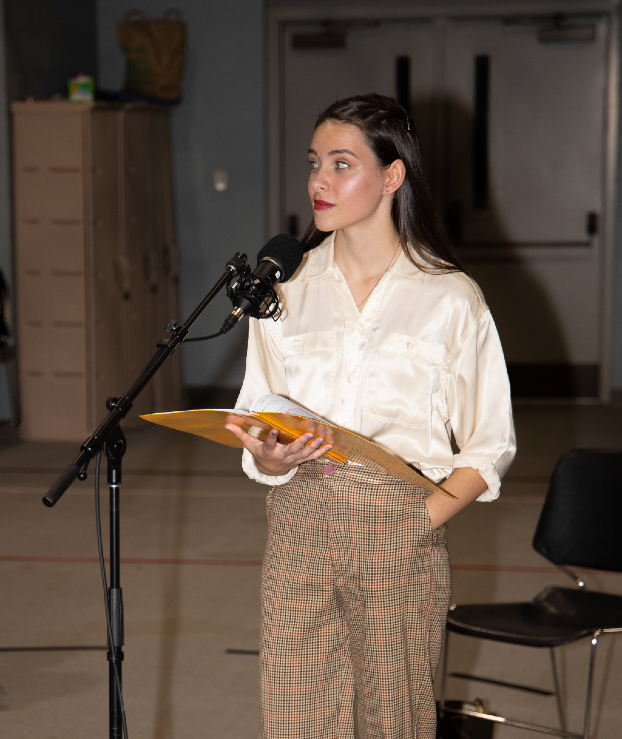 Murder is afoot in Stanly County — and just in time for Halloween.

The story follows Dorothy Scott, reporter at the Evening Times newspaper, as she works to catch a killer before becoming its next victim.

Amanda Griffey, director of the production, said it originally aired in 1941 as part of the Silver Theater Series on CBS Radio. The actress Carole Lombard first played Dorothy Scott.

“As the director, I chose this show because I thought it had a great story line, and because of the strong female lead,” Griffey said. “Dorothy isn’t afraid to do whatever is necessary to get the job done, and I respect her for that.”

When listening to the production, Griffey says viewers can expect “suspense, comedy and a lot of sass from Dorothy Scott.”

The cast only had six practices before they recorded the production.

“I’m extremely proud of my cast and crew for putting the show together in such a short amount of time,” Griffey said.

“We really hope to reach a large audience since a lot of traditional Halloween events have been canceled this year,” Griffey said.

Due to the coronavirus pandemic, the group canceled its summer show “Little House on the Prairie – The Musical,” and its fall production of “The Best Man.” Aside from “Murder Unlimited,” the group has an online production of “The Virtual Family,” a series of 13 vignettes about life in the age of COVID-19, which can be accessed from its Facebook page.