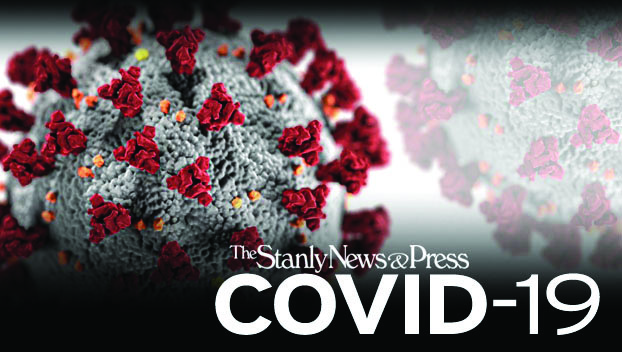 Stanly County’s number of active coronavirus cases decreased to 825 on Thursday after surpassing 950 cases on Tuesday for the first time in weeks.

The active case total accounts for 17 percent of all cases (4,850) since the pandemic began in March.

The number of deaths remained unchanged at 93 while hospitalizations also remained relatively unchanged since earlier in the week — 34 people are now hospitalized compared to 35 on Tuesday.

Seven people have now been reinfected with the virus, up from four last week, while 3,932 people who had the virus have recovered. Roughly 28,000 residents have been tested.

Stanly’s rolling seven-day average positivity rate is at 16.4 percent, per the state Health and Human Services Department, above the state’s current overall average of 13.5 percent.

There are eight outbreaks in Stanly, up from six last week, according to the health department, though it doesn’t list specific locations. The state Department of Health and Human Services, which tracks outbreaks, identifies five in the county: Stanly Manor, Bethany Woods, Trinity Place, Forrest Oaks and Premier Services of the Carolinas. Albemarle Correctional Institution, which has had 433 inmates test positive since March, has two active cases.

For the week of Dec. 31 through Jan. 6, Stanly County Schools reported 11 students who had the virus along with 16 staff members. Students will work remotely through Jan. 15 before in-person instruction will start back Jan. 19.

According to zip code data from DHHS, six new coronavirus-related deaths have been reported in Stanly this week — four in Albemarle, one in Norwood and the first in Locust. Albemarle’s 28001 zip code has accounted for 64 deaths, tied for second most in the state behind zip codes in Nash and Wilson counties, which each account for 66 deaths. Below is a breakdown of the number of cases and deaths by municipality in Stanly:

The health department is currently vaccinating healthcare workers — ranging from community health workers, paramedics and behavioral health providers to pharmacists, dentists and public health nurses — at high risk of exposure to COVID-19 and those administering the vaccine along with long-term care staff and residents as part of Phase 1a of the state’s vaccination plan.

Jenkins told the Stanly News & Press that the department has about 1,200 doses of the Moderna vaccine and receives shipments of new doses each week. The Moderna vaccine is given in two doses, separated by 28 days. As of Tuesday, 225 people have received the first dose of the vaccine, according to information from the state Health and Human Services Department, while one person has received the required two doses.