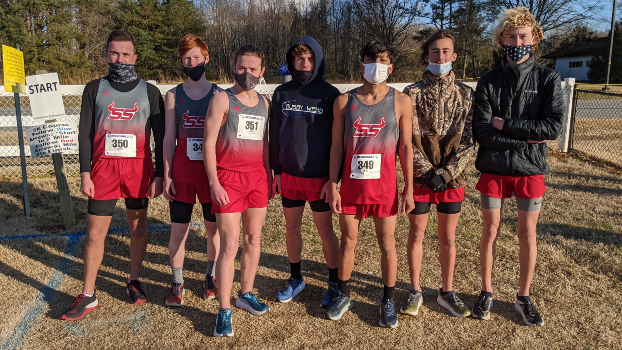 The South Stanly men’s cross-country squad earned a spot in Saturday’s state championship by placing third at Saturday’s 1A Midwest Regionals at the Ivey Redmon Sports Complex in Kernersville.

Davis Wright was the top finisher for South Stanly earning All-Region honors with a second place finish in 17:54. Joining him from South on the All-Region squad was Ranfere Garcia, who was seventh overall in 18:23. Jayden Oliver was third for the Bulls finishing 23rd in 19:31 followed on his team by Josh Huneycutt (31st-19:45) and Mason Huneycutt (40th-20:14).

Other local top finishers at the meet included Gray Stone’s A.J. Flynn, who placed 30th in 19:44, and North Stanly’s Nicolas McClure, who finished 33rd overall in 19:50.