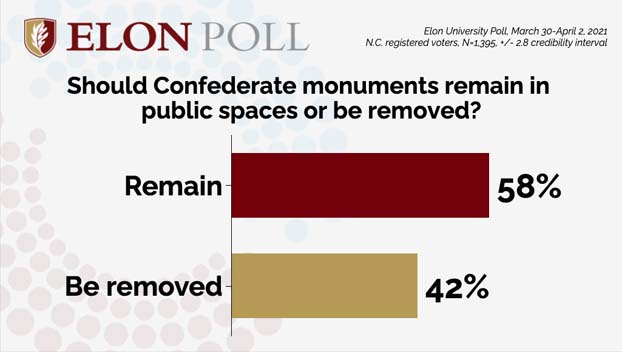 Despite recent events related to race and the high-profile removal of many Confederate monuments during the past year, most North Carolinians continue to support keeping these monuments on government-owned property, the Elon University Poll has found.

A survey of nearly 1,400 N.C. residents conducted March 30 through April 2 found that 58 percent say Confederate monuments should remain in these public spaces while 42 percent say they should be removed.

Jason Husser, director of the Elon Poll and associate professor of political science, said that the poll repeated many of the questions it asked in November 2019 on this topic to see if recent events, such as the death last year of George Floyd and the removal of monuments from some locations, had caused a major shift in what North Carolinians think.

“We found only a modest shift in North Carolinians’ attitudes,” Husser said. “Those in favor of removing monuments from public spaces increased from 35 percent to 42 percent.”

The survey found evidence of further polarization on the issue, Husser said.

“While about one-third of residents said the killing of George Floyd and other events in 2020 made them more in favor or removing moments, about one-sixth said the last year made them less favorable towards removal,” Husser said.

The survey was conducted by the Elon Poll in partnership with The Charlotte Observer, The Durham Herald-Sun and The Raleigh News & Observer. 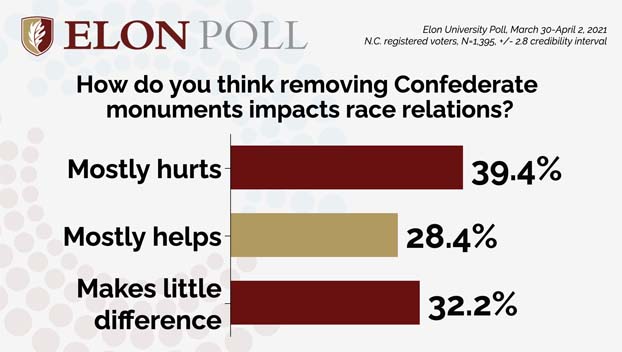 While a slightly larger share of the North Carolina population now believes Confederate monuments should be removed, a majority continues to believe they should remain in public spaces, with opinions split along political party lines as well as within various demographic variables.

The impact of recent events
Multiple events in recent years have intensified the public discussion about the role race plays in the United States, including the death of George Floyd in 2020 at the hands of a police officer. The Elon Poll sought to gauge how these events, which led to extensive and ongoing protests, may have impacted opinions about the divisive issue of Confederate monuments, asking if these events made N.C. residents more in favor or less in favor of removing the monuments.

More than half of respondents — 52 percent — said that Floyd’s death and other events in 2020 made no difference in their opinions on the subject. Thirty-two percent say that they are more in favor of removing the monuments because of last year’s events and 17 percent say they are less in favor.

Legacy of slavery, the Civil War
Nearly two out of three residents say that the legacy of slavery affects the position of Blacks in American society “a fair amount” or “a great deal,” while 21 percent said that legacy affects Blacks “not much” and another 13 percent say “not at all.” 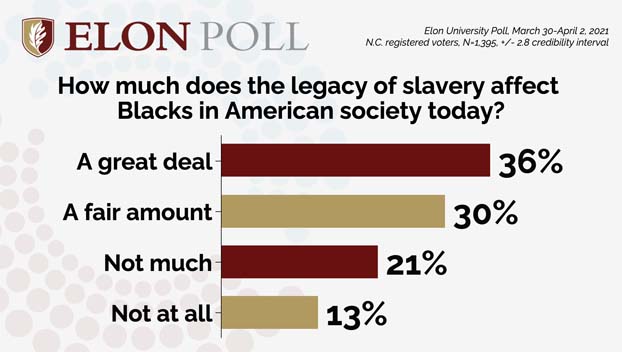 Those numbers have changed little since the 2019, which found 62 percent of residents responded “a fair amount” or “a great deal.” However, a larger share now believes the legacy of slavery impacts Blacks in the country “a great deal.” This most recent survey saw 36 percent responding “a great deal” that way compared to 28.5 percent in 2019. 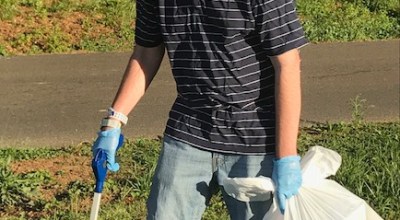