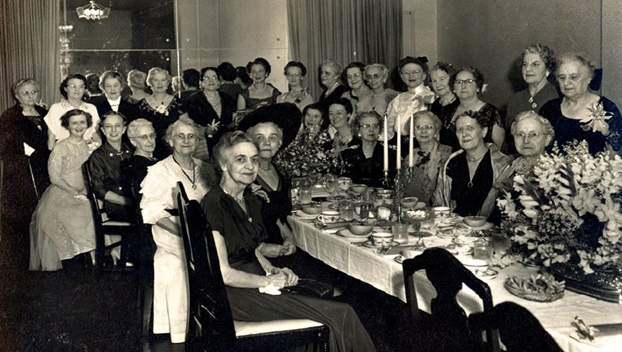 On Feb. 9, 1906, a group of women in Albemarle met to form a new social club. The group choose the name “The Smart Set” and planned to meet every two weeks.

The first official meeting was held the following week on Saturday, Feb. 17.

At each of the meetings, the host would plan some sort of entertainment. Some of the early events included a contest with bows and arrows, a formal Japanese tea, a game to write a “character sketch” of unknown men in photos and a joke telling contest.

The club stayed active even when other groups would take time off during the summer or winter months.

By 1923 the group had changed into a bridge club and continued to meet for many
years.

Today’s photo is a club dinner believed to have been held at the Albemarle Hotel on Feb. 16, 1956. This was the 50th anniversary celebration of the founding of the club.

If you know any additional information about the club, please send an email to lpbramlett@hotmail.com.