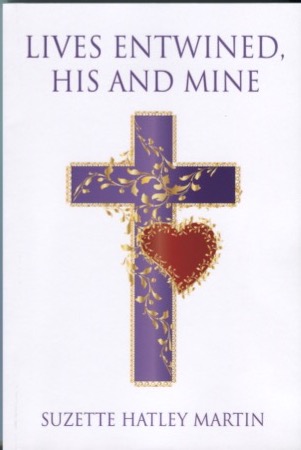 Suzette Martin wrote her debut book "Lives Entwined, His and Mine" last year. It's about her relationship with her family and with Jesus Christ.

The past year has been a struggle for so many people. From sudden unemployment to struggles with remote learning to the loss of loved ones, the COVID-19 pandemic has impacted everyone in some way.

But there have been a few silver linings. People have been able to pause the normal hustle-and-bustle of everyday life and enjoy the quiet solitude of being at home.

Suzette Martin, 74, used the ample free time last year to check items off her bucket list, including writing a book — something she had always wanted to do but never quite had the time to actually put pen to paper.

“I may never have written the book if it hadn’t been for the pandemic,” she said.

Her book was nonfiction and based on her personal experiences. Over the years, Martin took time to document in detail moments that helped shape her life. A folder in her library contains many of these memories.

“I have written some of the stories through the years when certain things would happen in my life, that were just ‘wow’ and ‘did this really happen?’ ” she said.

Martin also wanted to write the book as a tribute to her mother, who died last April at the age of 98. Due to the pandemic, she couldn’t have a proper funeral so the book was a way for her to preserve many of her cherished memories and stories regarding her mother.

The personal anecdotes throughout her life form the many chapters in her autobiography “Lives Entwined, His and Mine,” which was published earlier this year. The book traces Martin’s life from early childhood as the youngest sister of three, through adulthood as a mother of three daughters, to what she terms the “latter days” spent at home during the pandemic. 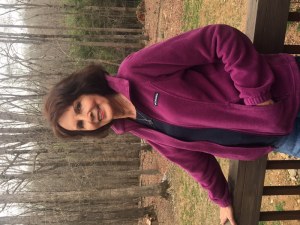 Suzette Martin’s book “Lives Entwined, His and Mine,” was published earlier this year.

She reached out to family members, friends and others in the county to get their approval before mentioning them in her book. Martin changed the names of people referenced in her book who have since passed.

Aside from being a collection of her personal stories, the book — which is 151 pages — is also a testament to her relationship with and reliance on Jesus Christ and her Christian faith to help guide her through life. Each of the 32 chapters begins and ends with relevant verses from scripture.

“Each chapter of the book focuses on instances when there was an awareness of another,” she writes in the Introduction, “a yet unseen and often mysterious presence that existed somewhere both inside and outside of my being.”

“From early childhood through these latter days,” she continued, “His life and mine have been entwined. Like a vine that tightens and gains strength through the years, I have learned to cling ever more closely to the giver and sustainer of my life.”

As a Stanly County native, many of the locations referenced in her book will likely resonate with audiences. In her chapter “Home Front,” for example, Martin writes about the joys as a young kid of eating hot dogs and hamburgers with chili at Whispering Pines B-B-Q (“it was the best food in the world,” she wrote) and enjoying popcorn and her mom’s “famous southern sweet tea” while watching a movie at the Badin Road Drive-In Theater.

While many parts of the book are humorous and relate to life growing up in Stanly during the 1950s, she doesn’t shy away from painful moments.

In the chapter “Daddy’s Tomboy,” Martin writes about her close relationship with her father, including their shared passion for baseball (they often attended American Legion games) and the fact that he always tried his best to attend her sporting events, even when they were out of town. But she also discloses her final moments in the hospital with her father before he died.

The reaction from her family upon reading the book was amazing, she said.

“My daughters absolutely love it. They said they laughed and they cried.”

All sale proceeds of the book will go to the Kairos Prison Ministry of North Carolina, a group Martin has been part of for more than a decade. It’s a Christian faith-based ministry that addresses the spiritual needs of incarcerated men and women, according to its website.

Despite the ups and downs described in the book, the common line of it all seems to be not just Martin’s faith in Jesus but also in the goodness and resiliency of people.

This is best illustrated toward the end of the book, when she and her husband Steve, walking through Chuck Morehead Memorial Park last year, overheard a girl offering words of encouragement to her friend, who was struggling to skateboard.

Martin’s book can be purchased online through Amazon or Barnes and Noble.