DG MARTIN COLUMN: A woman takes over the Parkway,… 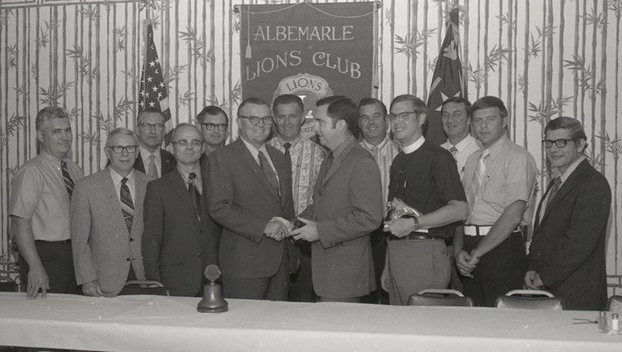 PEEKING INTO THE PAST – Albemarle Lion’s Club nears 100th anniversary

In early 1922, the National Lions Club organization began to work with local businessmen throughout North Carolina to form local Lions Clubs in cities throughout the state.

The first club was formed in Winston-Salem on March 13. Albemarle was seen as an ideal location due to the fact that there had not been a civic or men’s business club since the outbreak of World War I.

The Albemarle club was sponsored by the Winston-Salem club and it became the second club formed in the state. Twenty-five business and professional men became charter members when they met in P.J. Huneycutt’s Furniture store on April 21, 1922.

The local club has been heavily involved in the community for almost 100 years.