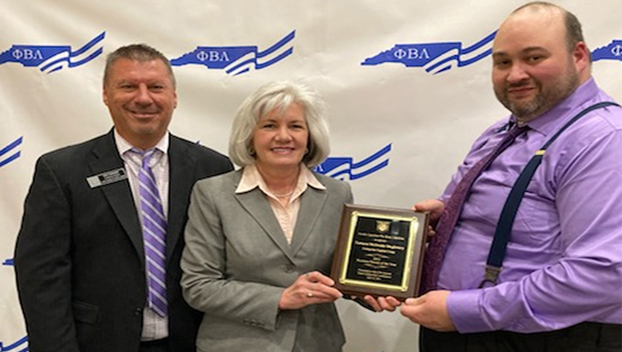 Tamara McSwain Singletary was named the state PBL Business Person of the Year, and Martha Sue Harris Hall was presented with the PBL Alumni/Professional Division-Foundation’s Distinguished Service Award.
Both were nominated by the chapter at Stanly Community College. Phi Beta Lambda is the collegiate level of Future Business Leaders of America, both emphasizing business development, career planning and leadership training.

Singletary was named the local chapter’s Business Person of the Year as part of its National FBLA-PBL Week celebration in February and then submitted for state honors. She is a 38-year employee of Uwharrie Bank, formerly Bank of Stanly, and is the vice president of investor relations and board of directors secretary for Uwharrie Capital Corp.

Upon graduation from Appalachian, she returned to Stanly County and was employed for the planning and opening of the Belk store on the N.C. Highway 24-27 bypass. A year later she became one of the original Bank of Stanly employees.

Through the years, she has been involved in numerous community organizations and was a member of the first Leadership Stanly class. Singletary was presented the Business Person of the Year Award by Christopher McDuff, a 2020-21 state officer from Durham Technical Community College, and Rick Gardner, a former Stanly Community College chapter president who serves as president of the NCPBL Alumni/Professional Division-Foundation Board of Directors. Singletary will be submitted as North Carolina’s nominee for national recognition. 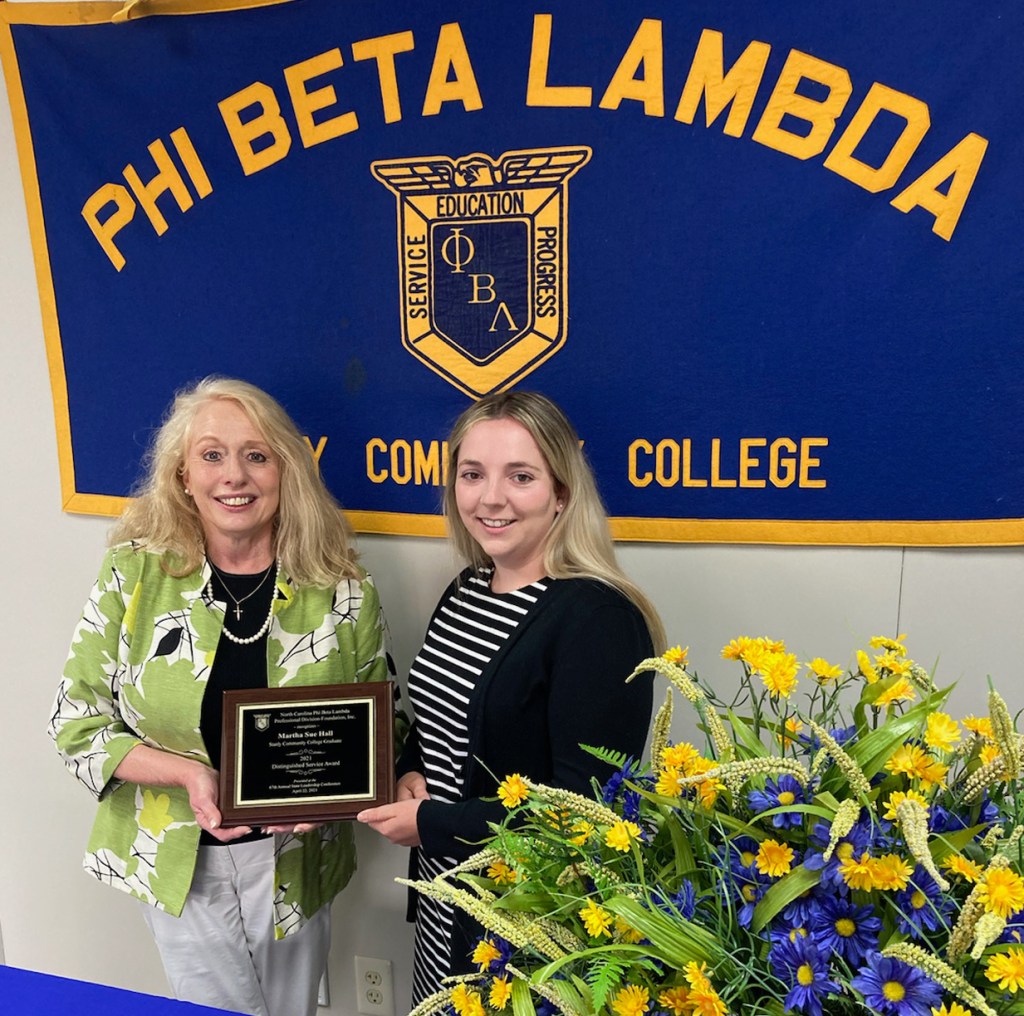 Allison Smith, right, a state PBL officer from Pfeiffer University, presents the NCPBL Alumni/Professional Division-Foundation’s annual Distinguished Service Award to Martha Sue Hall, who was PBL chapter president while a student at Stanly Community College. Hall has remained active in the organization as a judge, workshop leader, conference keynote speaker and in other supportive roles.

Hall, also a graduate of South Stanly High School, served as state FBLA president before enrolling at SCC, where she served as president of the PBL chapter there and as state vice president. She is a previous member of the Stanly County Board of Commissioners and is currently serving her fifth term as a member of the Albemarle City Council.

After graduating from Gardner-Webb University and NC A&T State University, she became involved in the PBL state Alumni and Professional Division. In addition to local chapter involvement, she has led workshops at state conferences, judged competitive events, and served as a keynote speak at training meetings.

“The SCC chapter was very excited that both of our nominees were selected for these prestigious awards,” said Hannah Barnhill, chapter president. “They have provided our local members with outstanding examples of business success, community involvement, and student support. We are glad to share them now with the state organization.”