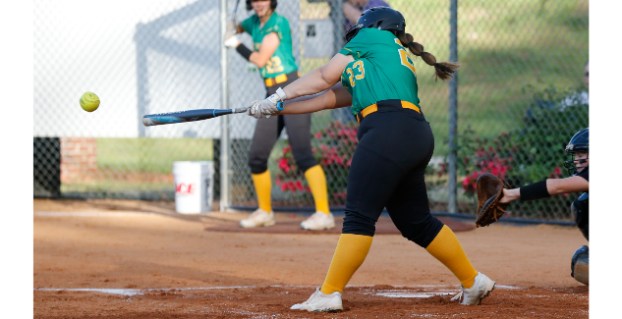 For the second consecutive season, the West Stanly Colts, ranked No. 1 in the 2A by MaxPreps, reached the regional round of the state tournament after Friday’s 11-5 win at No. 2-ranked West Wilkes.

Differing from last season, when the Colts played in a best-of-three regional series versus Franklin, West will play at East Lincoln Tuesday night for the chance to play in the team’s second straight state finals series.

The Colts (17-0) were led by a pair of grand slams from Meredith Harwood and Kailey Furr, along with two RBIs from Lily Huneycutt. Harwood and Ashlyn Hughes had two hits each while Shelby Barbee added an RBI.

For West Stanly, the pair of grand slams improved the team’s home run total this season to 23.

“We came out really strong early and jumped on them,” West Stanly head coach Craig Carter said. “We are getting stronger at the plate.”

West jumped to a seven-run lead in the top of the first, sending 11 batters to the plate, then added four more runs on Harwood’s grand slam in the second.

West starter Jordan Hatch allowed four runs in the game, the most this season after having allowed 12 in the previous 16 games. Hatch struck out five and matched a season-high with four walks. She allowed two additional hits to the home runs in the game, bringing the batting average of opponents against her this season to .157.

West is now ranked third overall by MaxPreps entering Tuesday’s regional game. The Colts, seeded No. 8, will travel to East Lincoln to face the 16-1 Mustangs. East Lincoln is ranked ninth in the 2A by MaxPreps and has not lost since losing 4-2 April 20 at West Lincoln. The Mustangs reached the regionals after beating the team ranked fourth in the state by MaxPreps, North Davidson, 6-4.

“We are super excited about the upcoming game against East Lincoln,” Carter said. “It’s going to be a great game.”