SCS announces Teacher, Principal of the Year, other honors 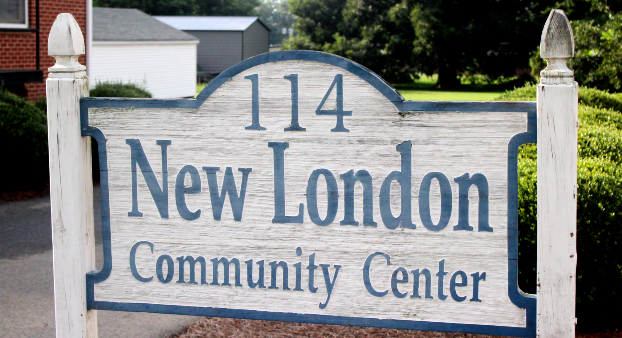 New London residents got the opportunity Monday night to express their opinions regarding a local mining permit application at a state meeting.

Hosted by the New London Town Hall, residents interacted with members of the state’s Division of Energy, Mineral, and Land Resources, part of the Department of Environmental Quality (DEQ), in an online meeting.

The town hall provided a computer for residents to make comments to state engineers and staff members regarding a new application for Parker Mine. The mine is within the town limits on Steakhouse Road.

The application was made by Boulder Associates, LLC, and by the listed mine manager, Jason Schad.

He further offered information from the Department of Air Quality which stated “there is no existing air problem” and no permits would be required. He said the air quality department stated “the location could be subject to a future air permit for future crushing operations.”

DWR also said there was not enough information included in the mine’s initial submission “to determine if there are potential adverse effects to surface waters.”

Parr said the mine’s application was submitted to the state’s Department of Parks and Recreation, which stated the mine’s activity “was not within five miles of a public park or recreation area.”

However, New London Town Commissioner Richard Kimmer noted in his comments the town has two parks within a quarter-mile of the mine.

Mayor Pro Tem Johnny Chestnut said he believed a sinkhole which formed in 1988 or 1989 on property he owned less than a mile from the mine was caused by the mine pumping water at 60 gallons per minute.

Chestnut also noted three cemeteries are within 2,600 feet of the mine, including the town’s cemetery, the Parker Grove Church Cemetery and the Parker family cemetery.

“Just imagine the hard shock family and friends interring the body of a loved one or family member in these close areas hearing the sounds and feeling the jarring as high explosives are detonated,” Chestnut said.

He said four churches are within a half-mile of the mine, and three schools (the Tarheel ChalleNGe Academy, Christ The King Academy and North Stanly High School) and the Learning DayCare Center are within a mile of the property.

Ed Griffin, whose land adjoins the mine, said when water was pumped by the mine years ago, there were no houses on Henderson or Blalock roads.

“Is the applicant going to be financially liable if my well goes dry?” Griffin said.

Having no access to city water, he asked if the mine would pay his water bill should he have to be connected to it.

“Right now, my water is free. If someone messes up my water, I don’t think I should have to be responsible for having to furnish water out of my pocket,” he added.

Griffin, who said he has a degree in civil engineering, also questioned if the water pumped out by the mine would have enough time for sediment to settle.

“Water that leaves that property will be anywhere near clean water,” Griffin said.

He added he had seen no reclamation efforts in the past 25 to 30 years when mining operations started and stopped “a half-dozen times.”

“If you go look at that mine right now, you’ll find there has been no reclamation made. It’s just a big muddy hole.”

Joe Carter, a resident who said he was “a 30-year mine operator,” accused the mine’s owner, Gus Schad, of blocking an attempt by Carter in 2003 to operate the Barringer Mine in the Richfield-Misenheimer area.

“(Schad) led a coalition with Pfeiffer and a few others to say Stanly County doesn’t need a mining operation,” Carter said. “There (are) integrity issues about this from beginning to end…(The mine) is not appropriate for this area. Tell him to go out west and buy a mine.”

James Schad said at the meeting that this property has been a mine since the 1800s.

The mine complies with the town’s current zoning ordinances, he added, saying the family “has maintained the property over the years.” Schad also said his family “spent a considerable amount of time, energy and resources to do exploratory digging…just to investigate the viability of continuing to mine.”

“We would have thought (the mine) would be an asset to the area. Obviously, I’m hearing from some of the residents (that) they don’t think so.”

Schad said the mine will “comply with whatever is required” by the NCDEQ. He also addressed noise concerns about blasting, inviting them to “go on YouTube and watch videos on modern blasting. It’s not something like the old movies where you see dynamite and bits flying through the air. I think trucks on Highway 52 that already exist are much louder.”

He also said he “would hope people understand the importance of property rights in this country. We’re not looking for a rezoning, and we hope the community can understand and respect that.”