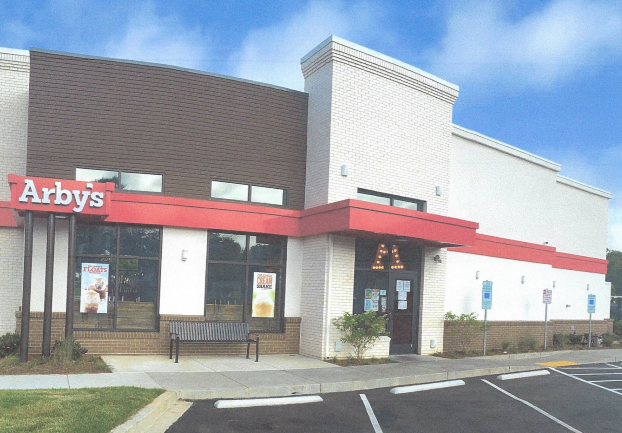 A new Arby's is coming to Locust with the goal of opening sometime in late December.

Arby’s is set to open a 3,000-square-foot location in the Walmart shopping center that, for the first time, would feature two drive through lanes. The goal is for the location to open sometime in late December.

“We’re going to build a state-of-the-art prototype,” said Robert Britt, director of operations for Top Dining, which owns six Arby’s locations in the area, including the ones in Albemarle and Concord. “We’re looking forward to extending our footprint in the Stanly County area.”

Britt said the business expects to initially create 40 to 50 new jobs once the location opens, though that number could change as time goes on.

“We intend to give you something you can be proud of in Locust,” Britt said.

Top Dining had been eyeing opening an Arby’s in Locust for some time, Britt said, not just to take advantage of one of the fastest growing cities in the region, but to strategically prevent other fast food chains from gaining a foothold in the city.

Locust resident Lisa Huneycutt, who has worked at Arby’s locations for 25 years, will be the manager. She said that opening a location in Locust has always been “her dream” and something she’s been promoting for a long time.

“I’ve been trying to get them to come to Locust for many years,” said Huneycutt, who has been general manager at numerous locations in the area.

Mayor Steve Huber, who mentioned he is a fan of Arby’s, talked about how exciting it was that such a popular establishment is so passionate about coming to Locust and serving the community.

“That’s impressive that we’re not an afterthought, but we’re actually a forethought,” Huber said.

In addition to Arby’s, a new medical facility will also soon be opening in Locust. It will be part of the Meadow Creek Business Park development and will be located off James Avenue near the KFC and Murphy Oil.

Construction for the Main Street Family Urgent Care, which will be a 3,350-square-foot walk-in clinic, is set to begin in November with the goal of opening sometime early next year, according to Alex Brennan, founder of East Mountain Development Group.

Main Street Family Care company began in 2015 in Birmingham, Alabama and now has more than 20 locations, primarily in Alabama and Georgia. As the business continues to grow in the southeast, Brennan said the Locust clinic will likely be the first urgent care facility in North Carolina, though another is being developed in Cherryville in Gaston County.

“We provide full-service urgent care,” Brennan said, noting a physician will be on call at all times rotating between the two clinics while a physician’s assistant will work full-time at the site. Similar to the other locations, there will be around six staff in total, including nurses.

The clinic will be able to handle any kind of minor injuries (broken bones, cuts and lacerations), general illness (cold and the flu, allergies, strep throat) and infections that don’t require a trip to the emergency room. People can also come for annual physicals and for routine lab work.

The clinic’s waiting area will be able to seat up to 16 people, Brennan said, adding that there will be six exam rooms, along with a specialty care room and a radiology room. 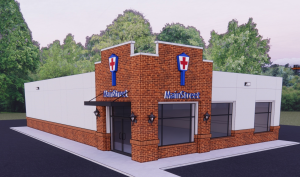 A proposed rendering of what the new urgent care clinic would look like.

“I think you guys are going to have a very successful and hopefully happy journey as you move to Locust and start your businesses, so we’re glad to have you,” Huber told the representatives from both businesses.